And in the end I will tell… 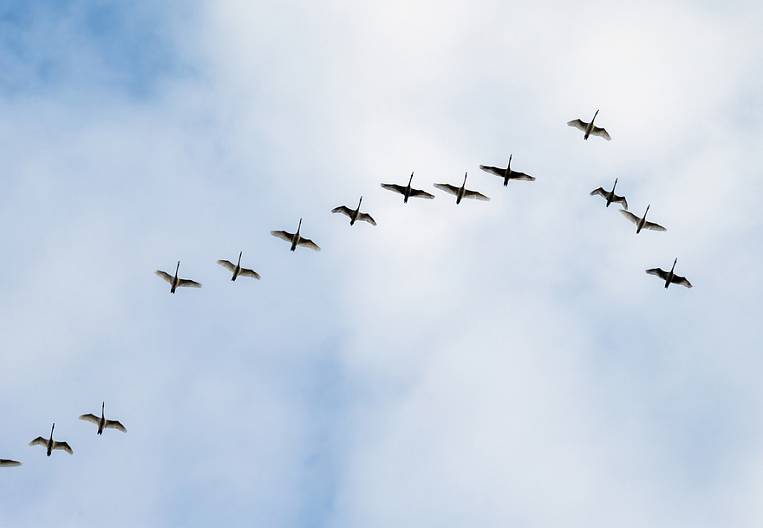 About S.I. Furgal Say a Word New conditions for new governors What can the Far East
All author's materials
So, the Far Easterners again begin to master the world around them. If still Five to six years ago experts in the interview talked about hundreds of people leaving for a year, but today we are talking about thousands. Although not yet about tens of thousands. The reasons are quite understandable. The golden rain that spilled into the Far East in the period from 2009 to 2013 years is not that it stopped, but went much more sparingly. Transfers from the federal budget to regional ones are still going, albeit not always with the same generosity, but with "big projects" it has become much worse. They are announced, advertised, but ... while they remain at the projects stage. In other words, there is less money in the region.

It would seem that for sadness. And today the state support of the region is much greater than it was in the 90-s or the beginning of the current century. But at that time the regional economy was still working, creating jobs, regional charity and regional (from local resources) social policy still operated. Today, all this is not present. The region that feeds itself has become a federal budget dependent. Accordingly, the reduction of financial and other flows from the state budget automatically leads to a reduction in real jobs, replaced by a special type of these places - reportable jobs. That is, such jobs, which appear only in the reports of important people before even more important.

A real and, importantly, legal small business in a region that has been living for many years mainly in the service of over-consumption of “people with big salaries” (restaurants, boutiques, car dealerships, etc.) either collapses, shrinks, or under pressure fiscal services goes "into the shadows." But not only small business is declining.

Reduced the number of officials. There are reductions in power structures, universities, commercial and industrial enterprises. While not particularly large cuts. But the trend is realized, and the corresponding mood is maintained. This mood, one way or another, appeared in the majority of non-formalized interviews with entrepreneurs of the Khabarovsk Territory, collected with the support of the Khamovniki Foundation in 2015 / 2016. As one of the respondents said: “If it goes like this, then in ten years in the Far East you can hang out a sign:“ Let the last one who leaves will turn off the light. ”

But between the desire to leave and a real departure a huge distance. In the 90-ies, up to 75% of respondents said they were ready to leave in the polls. But less than 20% left. Here there will be a problem. The regional economy, which is not seen and is being crushed by the heavy gait of the budget (small, not modern, not efficient, but feeding people) at this moment begins to be remembered by a kind, quiet word. The trouble is not only that people leave, but also that they remain in the region where they do not have jobs. But so far, at least in abundance there are controllers, inspectors for controllers and other specialists needed by the economy. Their presence does not allow us to join the natural mechanisms of adaptation of the surplus population, which can not or does not want to leave.

While the controllers took care of budgetary flows or flows initiated by the federal government, there was some logic in their actions: whoever pays a girl dances her. If you want budget money, play by legal rules. But today it is more and more obvious that there is not enough budget money. It would seem logical that, in order to avoid the growth of social tension, simply "let go" those areas where there is no budget money, but where residents of the region who do not want to change their registration can live and feed themselves.

However, this contradicts the logic of the survival of the most powerful corporation in the region - the inspectors themselves. It is all more or less clear that the costs of controlling the terrible representatives of the "garage" or, more simply, the shadow economy, will be much higher than "increasing the collection of taxes" from them. But to recognize the presence of an ever-increasing space of uncontrolled life means to question one's own need and one's own well-being.

Perhaps this is why instead of studying and changing the real situation in the Far East, PR projects of varying degrees of effectiveness continue to multiply. Yes, someone takes a "far-eastern hectare". But these are hundreds of people, and for any meaningful influence on the situation there should be tens and hundreds of thousands. This requires not only "promotion" or de-bureaucratization, but some other actions. Yes, some investments come to the economy of the region. But it's a fraction of a percent of what the state has already invested. And also does not particularly affect the overall picture. New jobs, if they arise, then sporadically. But the "old" are either shrinking or under threat of contraction.

That is why the outflow of the population from the region is and will increase as long as the situation itself remains. It is a natural process, like sunrise or sunset. And persuasion, and projects here are few that change. Moreover, the restless "remnant" of the population in conditions of maintaining the rigidity of control over everything and everyone will become a source of growing problems and social tension. On this not very optimistic note, I will finish the review of the “county” from the region, but not the conversation about the fate of the Far East. After all, from the fact that someone left, life in the region does not stop. Since I belong to those who stayed and are not going to leave, the task stands (in front of me, at least) to make life in the region better, brighter, richer and more comfortable.

Does this problem have a solution? Of course have. But, as I was taught in school, in order to solve a problem, you must first understand its conditions. This will be my next cycle of essays.

Previous essays on the countrymen who have disappeared:
Are you leaving Get out!
And I ask you to stay
We master the empty space
Tags: migration population Outflow
October 19: current information on coronavirus in the Far East
Digest of regional events and latest statistics
Media News2
See also: