"And we will go to the North"

The statistics bodies of nine DFO subjects published data on the influx-outflow of the population for January-April 2018. EastRussia once again studied the migration flows and regretfully states: despite the investment "achievements" of the macroregion and the positive dynamics of the two northern entities, the Kamchatka Territory and the Chukotka Autonomous District, the general demographic break still does not smell. From the Far East, people are still leaving as much as they come, and they continue to lose their permanent population. 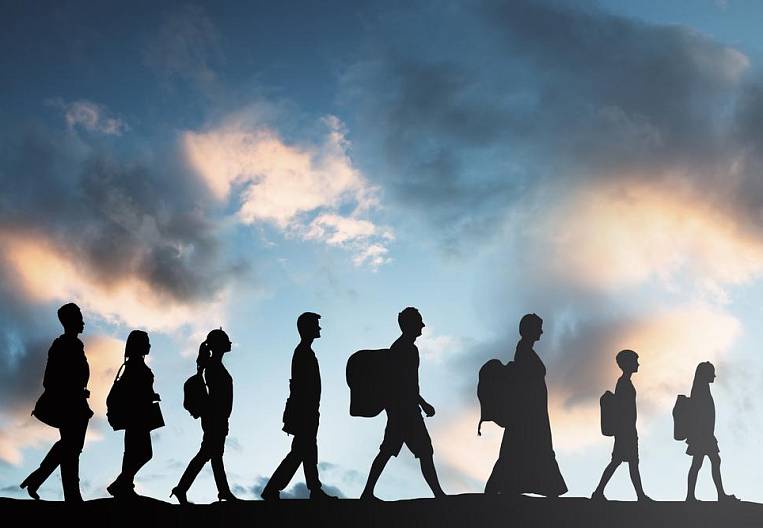 Photo: shutterstock.com
The demographic challenge is still the key one for the Russian authorities, which declare the "accelerated" development of the Far East. Attraction of private investment, one of the main tasks of the Ministry for the Development of the Russian Far East, in theory, should entail first a halt in the migration outflow, and then a gradual increase in the population in eastern Russia. By 2025, we recall that, according to optimistic forecasts, the Far Eastern Federal District can get plus 50 thousand residents due to natural growth and another plus 250 thousand due to migration. However, so far the demographic statistics are ruthless: the Far Eastern Federal District, which demonstrated the best investment inflow among federal districts in 2017, continues to lose in the number of permanent residents.

In 2017, it would seem that there was a turning point in the migration balance - the outflow did not stop, but slowed down. But the beginning of 2018 put everything in its place again: over the past year, 20 thousand fewer people live in the Far East, taking into account those leaving and dying.

The first four months of 2018 showed that only one constituent entity of the Far Eastern Federal District, Kamchatka Krai, was able to maintain the positive migration balance received in 2017. Over the past year, 544 more people arrived in it than left, in January-April 2018 - 426 more people.

The migration balance with a plus sign was also shown by Chukotka (as a result of the January-April movements, there was an 61 resident).

The rest of the subjects of the Far Eastern Federal District continue to lose population due to migration processes. Moreover, these losses are nowhere less than four or five hundred people, and in Yakutia and the Khabarovsk Territory they exceeded a thousand people. Primorye is still among the leaders in terms of migration activity (arrival and departure), in second place is the Khabarovsk Territory, in third place is Yakutia.

It is significant that the natural increase, that is, the excess of fertility over mortality, according to the data for four months of 2018, is observed only in two subjects of the Far Eastern Federal District: in the Republic of Sakha (Yakutia) and the Chukotka Autonomous Okrug.

Thus, according to the data of four months, the migration loss in Yakutia is compensated by natural growth, the migration inflow in Kamchatka is weakened by natural decline, and the migratory and natural tributaries are formed in Chukotka at once. The remaining subjects of the Far Eastern Federal District continue to lose the population, making the authorities' plans to turn the outflow of residents from the Far East into an inflow of less feasible.
Tags: migration demography Birth rate mortality development Far East