Beringia. Anatomy of the race 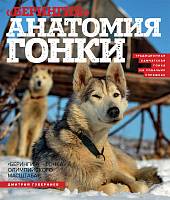 The book is devoted to sled dogs and dog sled races - an extreme sport, extremely popular both in the Russian North, and in the USA, Canada and Europe. The authors tell about the history of breeding sled breeds in Russia, the peculiarities of keeping dogs, about conducting races. The subject of riding sports is considered on the example of the traditional Kamchatka dog race “Beringia” - the longest in Eurasia. This extra-long race is held annually in February-March and lasts about three weeks, passing through the entire Kamchatka Peninsula.
The book opens with the greeting of the race commentator Dmitry Guberniev, who calls the "Beringia" race an Olympic scale. "Being a passionate admirer of Beringia, I try to do everything possible to learn about this phenomenon as many people as possible - both those who love sports and those who are indifferent to it." Both the race and the book about it will certainly be of interest to a wide audience. Maximum effort to convey the spirit of Kamchatka, to introduce us all to the amazing "Beringia" and its unusual, but now so familiar and understandable participants, "- writes Guberniev.
The book is written by a team of authors, is supplied with infographics and comments of experts in the field of driving dog breeding: veterinarians, dog breeders, judges and race organizers. The publication is richly illustrated by author's photographs of famous Russian photographers, among them Alexander Kutsky, Vasily Rusin and Victor Humeniuk

Kolyma. A modern guide to the Magadan Region 650 rubles.
buy

100 Wonders of the Far East Not available

Crimea. A modern guidebook Not available

Nyurba. The sun that gives life Not available